Banker On The Run

When Lithuania’s AB Bankas Snoras imploded in 2011, its main shareholders, Vladimir Antonov and Raimondas Baranauskas, had already left for the United Kingdom, where Antonov had accomplished a long-held dream to take over the Portsmouth Football Club.


On Nov. 24 of that year Antonov, a Russian, and Baranauskas, a Lithuanian, were arrested, interrogated and released on bail in London on a Europe-wide arrest warrant issued in Vilnius.


By 2015, when Lithuania prevailed after more than a three-year extradition battle, both had fled to Russia. Antonov’s legal representative later said the banker ran away “due to fears for his life.”


The Snoras case made waves in Lithuania, where panicking clients lined up at bank branches immediately after it fell. Those with relatively small deposits were compensated from the deposit guarantee fund, while many major depositors, including state-owned companies, were left empty-handed because Snoras assets had disappeared offshore.


Vladimir Antonov ran Snoras with his father, Alexander. Both had dealings with Austria’s Meinl Bank that resulted in three Antonov-owned banks losing more than 110 million euros.


The bankers were famous for their passion for sports cars, a Formula 1 investment and other big spending.The senior Antonov was in the spotlight in 2009, when he miraculously survived an assasination attempt in Russia.


Soon after the Snoras collapse, details of suspected fraud began leaking out to Lithuanian media. It appeared that the bank had vacuumed up luxury properties both in Lithuania and abroad. Snoras reportedly owned luxury real estate in Vilnius and a mansion in Nice.


Among the odd “investments” were expensive Spyker sports cars recovered in Vilnius. A subsequent HSBC data leak revealed that Antonov planned to buy a private jet, securing a loan with Snoras’ assets.


But Antonov’s prize asset was Portsmouth FC, the more than century-old English football club acquired in 2011. The sports venture collapsed along with Antonov’s banking empire. 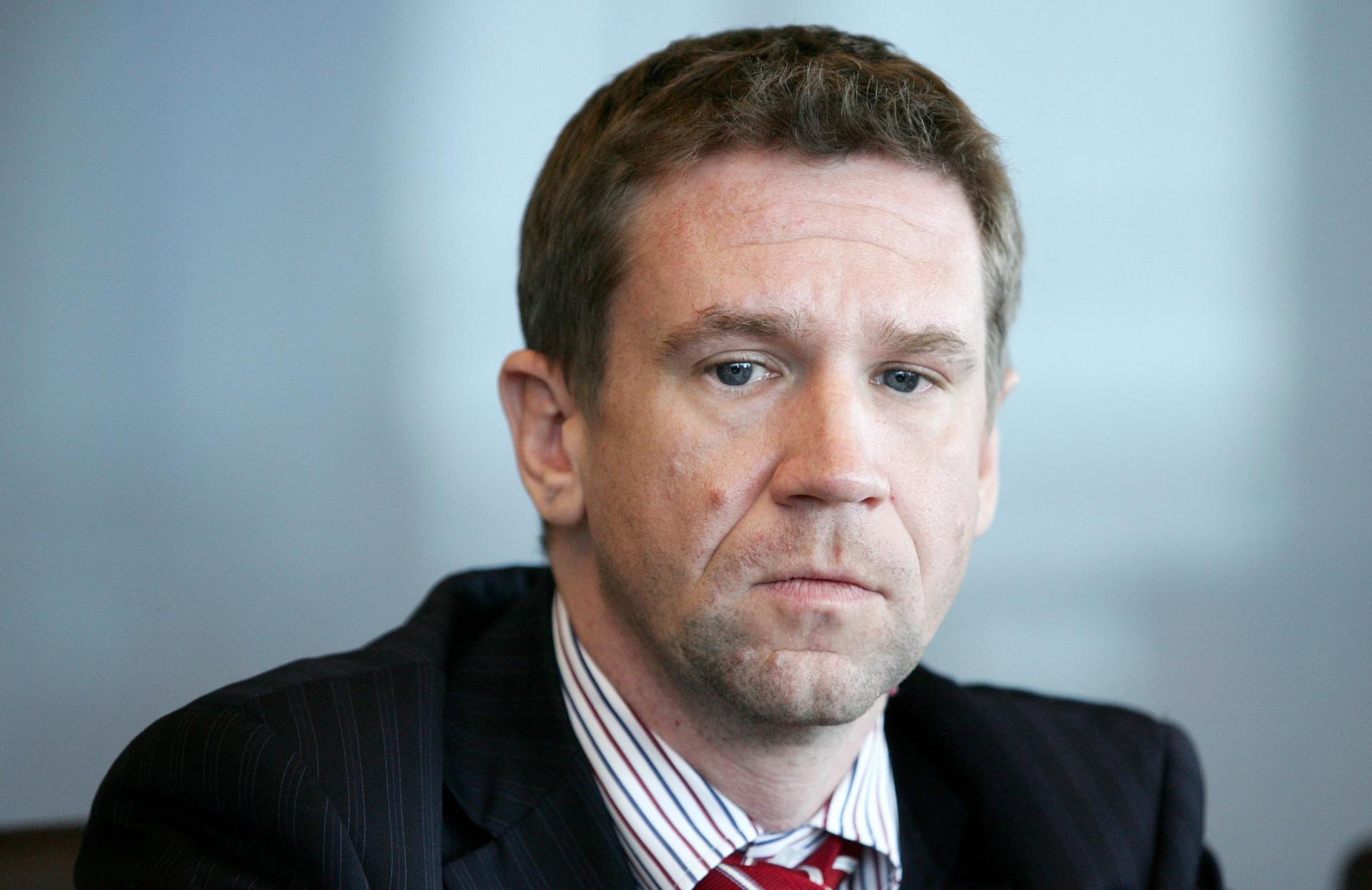 Early in 2011, Lithuanian authorities had moved to prevent Antonov from draining his bank. It wasn’t enough.


Vytautas Valvonis, the Bank of Lithuania’s former director of banking supervision, recently told OCCRP that operations facilitated by Meinl Bank were used to bypass these roadblocks.


“The Bank of Lithuania imposed sanctions on Snoras bank as early as January 2011, banning the bank from issuing loans to its principal shareholders and companies under their control, since Snoras failed to properly assess the credit risk it was undertaking,’’ Valvonis said. “Judging from the current information, it seems like the bank’s principal shareholders created and enacted schemes which helped bypass these sanctions and lend the bank’s funds to the companies under their control. Obviously, the bank and its shareholders did not notify the Bank of Lithuania about such illegal operations, including the operations with Meinl Bank and Melfa Group.”


Anglo Austrian Bank – formerly Meinl Bank – told OCCRP it wasn’t aware of any restrictions at the time because authorities in Lithuania and Latvia “did not make the restrictions imposed on banks public, nor did they ensure that they were complied with in a timely manner.”


In 2011, Antonov is said to have transferred more than 110 million euros from banks in Lithuania, Latvia and Ukraine to his Melfa Group Limited, which had an address in Belize City and an account with Meinl Bank.


One particular series of transactions, showing the circuitous route taken by 11 million euros sheds light on how the system worked.


On September 7, 2011 — 10 weeks before its collapse — Snoras opened a correspondent bank account at Meinl in Vienna. On September 29, Meinl recorded an incoming payment of eleven million euros to this account. Baranauskas, Antonov’s partner and chairman of Snoras, personally arranged the transfer, which was never properly reported to Lithuanian authorities, Valvonis said.


The money was collateral for Meinl’s loan of the same amount to Melfa Group, which was supposed to be a conduit for real estate investments. In fact, the money was immediately sent on to another company, Bandiron Corporation Limited, with an address in Nicosia, Cyprus. Bandiron was closely affiliated with Antonov, according to the failed bank’s administration.


The Lithuanian Central Bank put Snoras under administration on November 16, 2011.


On November 29, Meinl notified Snoras that Melfa Group had failed to fulfill its obligations under the two-month-old loan agreement and days later took the 11 million euros Snoras had pledged.


Antonov has publicly said he did not intentionally strip bank assets in anticipation of the collapse.


In 2015, Snoras liquidator Gintaras Adomonis sued Meinl Bank in Vilnius, arguing the transfer to Melfa Group was fraudulent. Meinl Bank fought back, taking the case to the arbitration institution the Vienna International Arbitral Centre (VIAC) in 2016. Meinl’s defense — the transactions were legal and it didn’t know Antonov or Baranauskas were pursuing “illicit business purposes” — was a disaster. VIAC called the transaction “immoral,” declared it null and void and dismissed Meinl Bank’s complaint.


“It is established that Meinl was aware of the circumstances that led the Tribunal to conclude that the transaction was most likely fraudulent in nature,’’ reads the court’s 49-page Final Award. “Namely Meinl knew that Mr Antonov was the controlling shareholder of Snoras and Melfa.”


Meinl did little to document the deal though “the dubious character of the transaction is undeniable,” the court noted.


In turn, Snoras also suffered a home court defeat. In June, Lithuania’s Court of Appeals decided to leave Snoras’ claim against Meinl unresolved because of a question of jurisdiction.


Meinl Bank calls that a victory.


Documents show that Antonov indicated several uses for the loan money. One was Reitdorf Stadtschlaining – an ambitious equestrian project that stumbled out of the starting gate.


Reitdorf Stadtschlaining started as a dream of Leonid Volosov – a Russian who moved to Austria in 1985. His company, L.V. Finanzgruppe Volossov, bought a former mine site in the municipality of Stadtschlaining, Burgenland province. He planned a 150-bungalow community around a huge equestrian park, but the venture went bankrupt in 2009.


The Antonov family later revived the idea at the time of the Meinl loan, in October 2011. A groundbreaking ceremony was hosted by Alexander Antonov, Vladimir’s father and a Snoras supervisory board member.


Famed construction company Strabag, in which Russian billionaire Oleg Deripaska is a shareholder, soon went to work – and then stopped.


“For about half a year we carried out preparatory work (e.g. construction of an access road), carried out earth movements, erected retaining walls and one of several planned buildings,” Strabag spokeswoman Diana Neumüller-Klein wrote in a statement. “The client then informed us, surprisingly and without giving any reasons, that the investment would not be pursued further, so that we invoiced our previous services and discontinued the construction site.”


After evading extradition from the United Kingdom to Lithuania, Antonov settled in Russia. Though safe from extradition to the Baltic state, he still ended up in prison for a financial crime.


In March, Antonov was sentenced to 30 months in prison after a court in St. Petersburg found him guilty of damaging the Russian Sovetsky Bank by about 2 million euros – a loan prosecutors say he arranged in 2015 with no intention to repay.